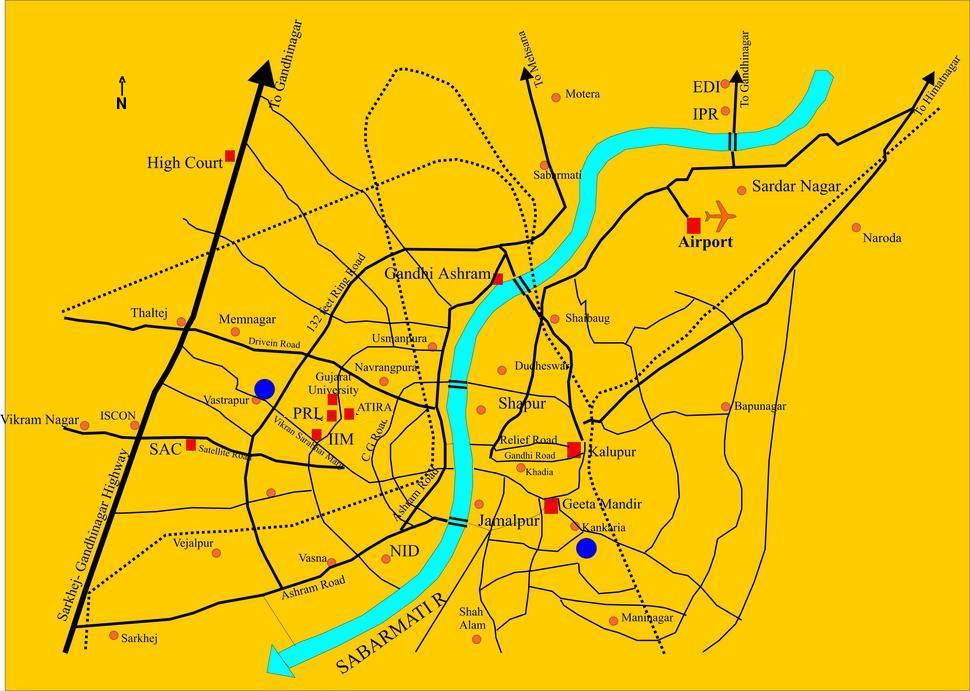 The Ahmedabad Airport is about 15 km away from PRL. Pre-paid taxis are available at the airport.

PRL is situated at a distance of about 8 km from Ahmedabad Railway Station (Kalupur) and journey by a three-wheeler (auto rickshaw) will cost around Rs. 100. Local buses (route 46, 47) also ply between the Railway Station and PRL and can take about an hour. The bus stand known as Kalupur Bus Stand is opposite to the Railway Station. The best landmark for reaching PRL is the Gujarat University Tower, which is adjacent to PRL.